What a day! Sports Crew did a fantastic job leading our Santa Circuit for all the year groups.

Despite the competition being moved to virtual, all the gymnasts performed beautifully and should be very proud of themselves!

A huge well done to our Girls team and Boys A team who were both undefeated in our first set of Primaryship games against local school. A special congratulations to our Boys B team on their first set of fixtures as the 'Saints' representing St. Mary's. They too were undefeated! A big thank you to Mr Alliston and Mr McGuffie for your dedication to all three of your teams.

What an amazing day St Mary's have had at the football tournament today! The girl's and boy's team have both finished in 2nd place and have qualified for the Finals.

Wicket Cricket - what a blast! The children learnt lots and were able to refine their skills with the help of Darren from Sporting Dreams.

This week marks the start of clubs which has brought so much joy to our children and teachers. Football was a success with over 30 children participating in fast paced and engaging drills and games with our two coaches, Mr M and Mr Alliston.

Class R have been practicing their aiming skills and hand eye coordination this week.

Year 3 have thoroughly enjoyed learning how to play squash and developing many skills which will progress them in their games.

Year 2 have thoroughly enjoyed their time with Giles, the squash coach. Look at their new moves!

The children at St. Mary's have made a great start to their 5K May challenge in support with the Queen Victoria Hospital. 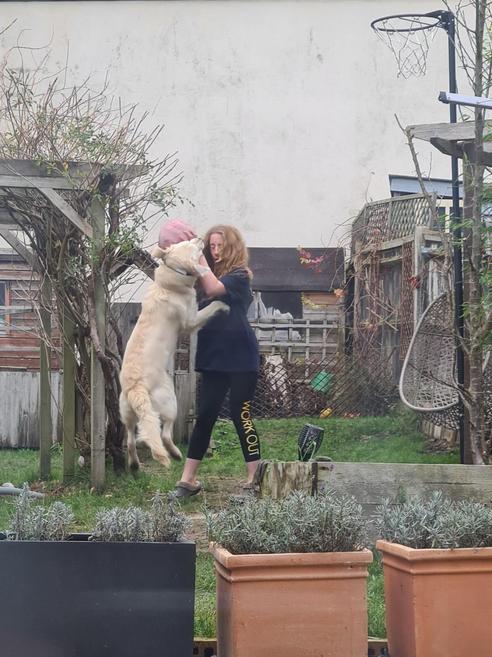 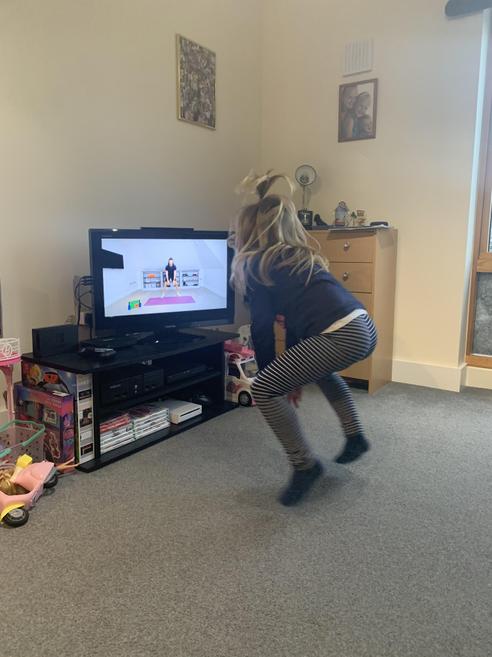 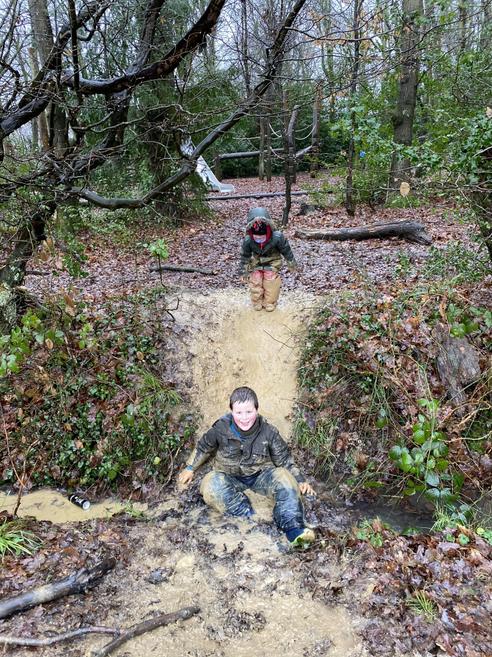 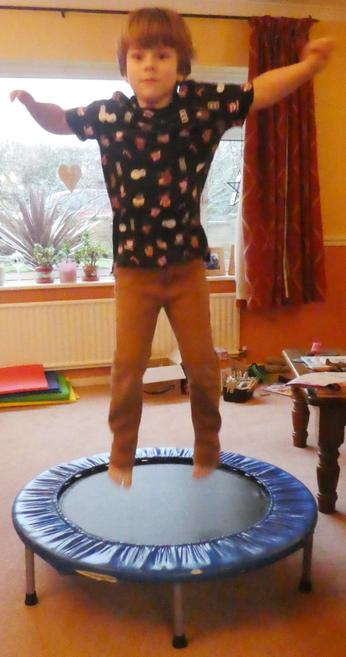 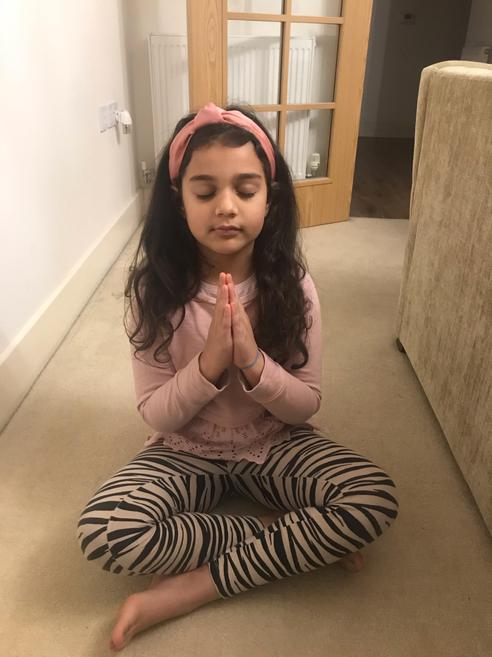 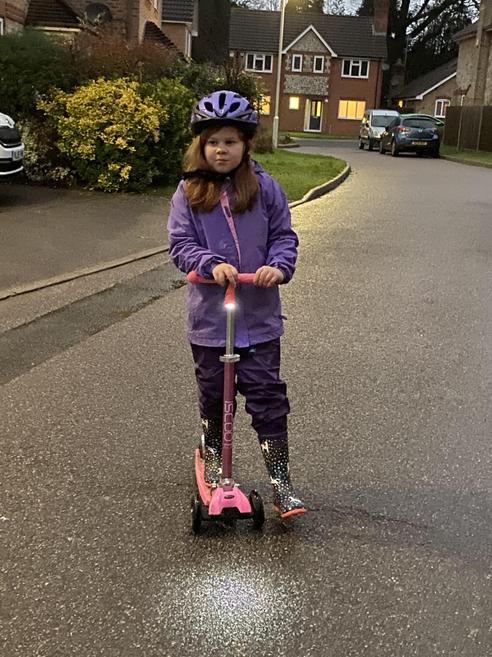 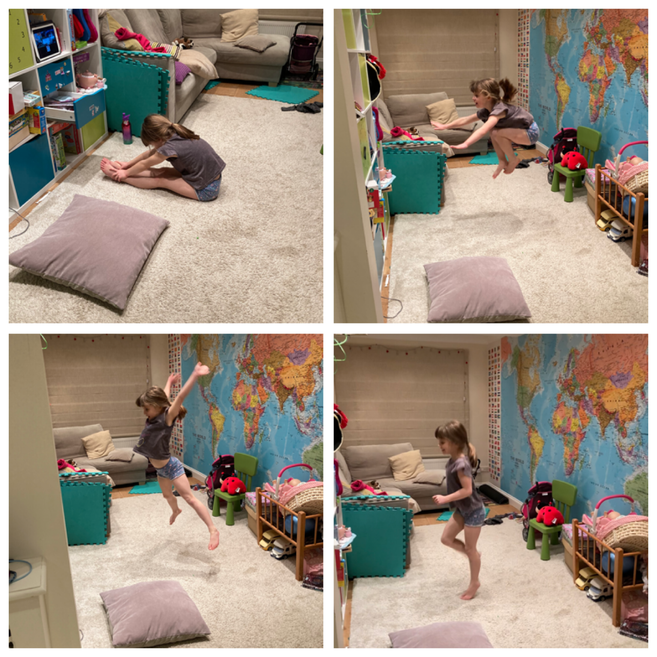 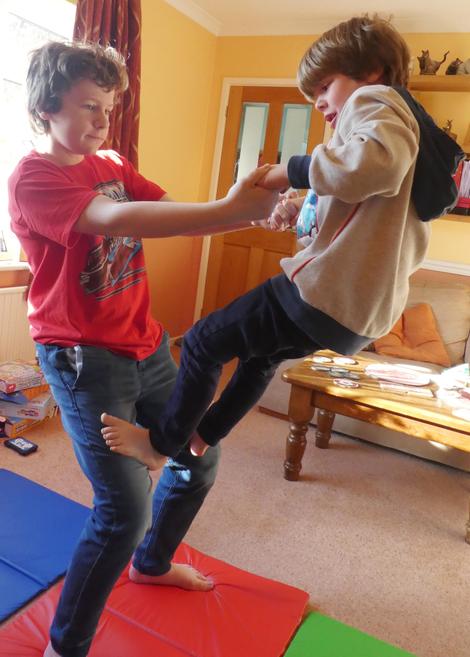 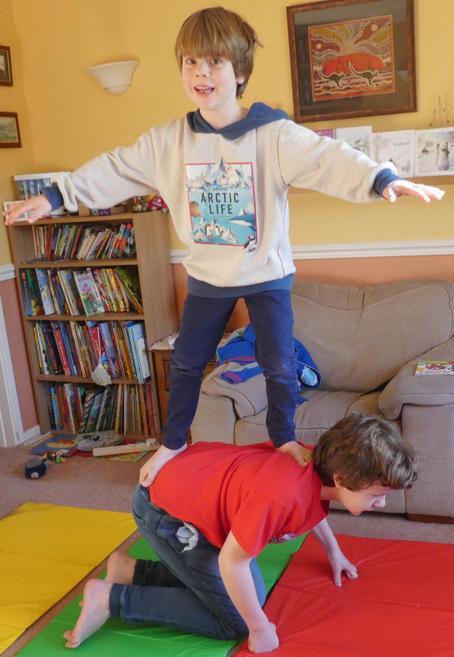 Congratulations to Sam in Y1- Football Player of the Week

Congratulations to the netball teams. The B team had our best result to date and the a team won their league!!! Great job by all!!

St Mary's took part in a skipping workshop on Wednesday 4th March. Each class spent time with a coach who taught them different skipping skills and tricks (some of which were really tricky!) At the end of the day, we all gathered together in the hall to show some of the skills that we had been learning. It was a great day and we have not stopped skipping since!

A good job by all boys in the A and B team who competed in the fixtures. You represented the school brilliantly and had a great afternoon!

Congratulations to the St Mary's team who came 2nd and qualified for the next round!!! We are super proud of you all.

A fantastic evening for the St May's swim team who had a great gala. Please see the above match report.

Congratulations to the St Mary's Cricket team who competed in a tournament on Monday. It was tough competition and they were a credit to the school!

Congratulations to the A and B netball teams for braving the hail storm and competing in another great round of Mid Sussex netball.

Congratulations to our A and B netball teams on an undefeated run at the Mid Sussex Netball competition. Another great round!

Congratulations to our A and B teams who competed in the netball matches today. A great effort by all!

Congratulations to our 3 cross country finalist who competed in very cold and damp conditions. It was a gruelling course and we are proud of your determination!

Congratulations to our gym team who won the gymnastics competition and will go on to represent mid-sussex at the county finals!!

Well done to the boys A team who came back from a 3 goal defecit to secure a draw in their first fixture!

Swimming the length of the channel!!

Congratulations to Emma who swam the length of the channel, as part of a team, to raise money in support of cancer charities! A superb effort-well done!

Netball tournament- round 1. A win for both teams!!

congratulations to the 8 runners who competed in the competition this Sunday. It was very boggy and they did themselves and the school proud!!

Year 5 really enjoyed their competition with our cricket coach. It was fun competing against other groups and applying their new cricket skills!

Year 2 really enjoyed the festival at Imberhorne. Year 5 sports crew did a wonderful job of leading the events. Well done!

A very large amount of St Mary's students represented the school at area sports. It was a hot day and they all gave 100% to achieve a fantastic 2nd place. Well done everyone!

A HUGE well done to our gym team who were the mid Sussex winners and qualified for the youth games final at the K2. They performed exceptionally well and we are so proud of all their efforts!

Congratulations to the whole school on a fantastic sports day. The school competed in their houses on a rotation of activities and then raced for their house in individual races!

The slow bike race was a particular highlight for year 6!!

A particular mention to sports crew who ran the rotation and supported with all the races- great leadership!!

Unfortunately this event was cancelled.

A HUGE congratulations to our 8 year five and six children who represented St Mary's in the Quad kids final. They each had to do 4 events including a very long 800m and they all gave 100%. Well done on reaching the final- a huge achievement!

Congratulations to the year 3 and 4 team who represented St Mary's at the tennis tournament. They really enjoyed their day!

The St Mary's cricket team had a great day out at the cricket tournament and were a credit to the school. Well done!

A great time was had by all at this tournament where a year 3 and 4 team represented St Mary's. We were very proud of your attitude and achievements.

Well done to our cricket team who came 2nd in their group. You all worked incredibly hard and had a great day!

A brilliant effort by our girls football team who competed in the above competition. Well done!

Congratulations to the tri-golf team who competed in a tournament and performed superbly! It was the first time representing St Mary's for some of the children and they were a credit to the school.

Well done to the St Mary's team who got through to the hockey finals and came 6th! A great effort by all.

Congratulations to sports crew who ran a brilliant fitness circuit for all year groups. Superb leadership!!!

Congratulations to both the A and B football teams who have been brilliant sportsmen and women throughout the season!

Congratulations to the two St Mary's Hockey teams who entered the local competitions placing 3rd and 5th. A great effort by all!!

Year 4 had a brilliant morning at the netball festival. they really enjoyed learning lots of new skills and practising their cooperation and collaboration skills. We can't wait to attend again next year!

Congratulations to the swim team who placed 2nd overall and gained three individual medals in the gala. Our best result to date!!!

Both A and B squads for football and netball did very well at their respective tournaments today. They were a credit to the school!

Congratulations to our gym team who won the whole gymnastics competition progressing through to the Mid Sussex Finals. We are so proud of your commitment and can't wait for you to compete in the finals.

The year 5 sports crew thoroughly enjoyed training to be the next Sports Crew at Imberhorne school this week. They will be great leaders!

Well done to our 4 finalists who were very competitive in the cross country finals. They tried really hard in tricky conditions. Big congratulations to Harriet who progressed through to the next round.

Congratulations to the A and B team who played some brilliant matches. They represented the school brilliantly.

The A and B team netballers had a super time at their first matches of the year. We were very proud of how well they represented the school.

A brilliant time was had by all at the year 4 football tournament. Congratulations to all the children who took part.

Congratulations to all the competitors who took part in the Cross Country. You did a fantastic job and showed great tenacity!! Another well done to the four children who qualified for the finals. We are proud of you all!!

A fantastic start to the academic year for St Mary's students. All classes have enjoyed starting their different units in P.E. and there has been a great uptake on our after school clubs! Some children are also running lots at lunchtime in preparation for the upcoming cross country competition! 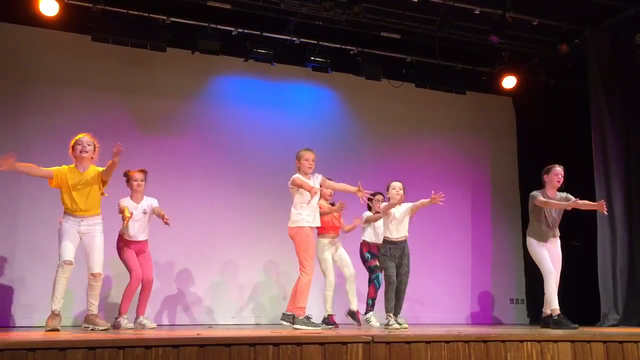 Congratulations to all the dancers who showcased their talents at the Sackville Damce Festival on 25th April! We are so proud of you all!

who beat their opposition in their final

Everybody had a superb game and played their best throughout.

They will now go through to the area final- watch this space!!

Another well done to the St Mary’s B team who won their first match and lost the second during their final games today. For the first time, many year 4’s have been selected for this team and they have done themselves proud.

A big welL done to the St Mary’s hockey team

who placed 5th out of 16 teams. It was an extremely tiring day and everybody worked hard and played brilliantly!

congratulations to the St Mary’s swim team who competed in a gala this week. Everyone swam

brilliantly and we came 5th.

A huge congratulations to the Sports Crew who led their first intra-house competition for the whole school today. They were fantastic young leaders and really did the school proud. Great job-well done!

Netball, football and Sportshall athletics match reports-written by the children.

Well done to the 20 children who represented the school in our local sports hall athletics!

St Mary’s came 2nd in their round and we are incredibly proud of them!

A huge well done to the netball A and B teams who both won their first matches this week!

we are very proud of you all- well done!

Brambletye Football- well done to all who took part!

A big well done to both the boys and girls teams who competed this Sunday in the cross country competition. Everyone completed the challenging course and should be very proud of themselves! Well done St Mary's!

A huge well done to the year 4 golfers who came first in the golf competition so will be attending the Youth Games.

We are very proud of you- amazing achievment!

Congratulations to all the children who participated in the dance festival. Their dance called 'Collaborate' was a huge hit. The children have put in a huge amount of hard-work and they did themselves and the school proud.

The year 5 crew were trained up at Imberhorne today and are raring to go! They are going to be a great sports crew- well done!

Congratulations to Beth and Hannah in Year 6 who reached the Mid-Sussex Cross Country finals and both placed in the top 12! Great achievement girls- well done!

A lovely letter of thanks for the cross country event organised and run by our Year 6 Sports Crew. Well done Crew- we are very proud of you!

Well done to all the children and staff involved

Such a fantastic effort from a mixed Year 3 and 4 group representing Mid Sussex at The Sussex School Games which was held at K2 today. They beat 8 other competition areas, behaving in a fair and sporting manner and are now the 'best tri-golfers' in the whole of Sussex. Well done to you all.

As the highest scorers they will now go through to represent Mid Sussex at the Sussex School Games on the 29th June. Well done to you all.

Well Done to our winning tennis team!
Well done to our Girl's football team who won their tournament on 4th May 2016!
Top
Cookie information
Cookie Notice